Novel Newcomers is BACK. I promise I didn’t drop off the face of the planet in the last few weeks, but I’ve been really tired – I work two jobs, so my spring break consisted of sleep, wake up, work, maybe get like 20 minutes reading time if I’m lucky, repeat cycle all seven days. I didn’t really get around to doing blogging things in those seven days.

Tip: Don’t work seven days. I think I might change my summer schedule for one off day specifically dedicated to reading and blogging. Despite the fact my mother will have strong thoughts about this, but I’m sure we’ll survive if I take one day off a week and work the rest?

This week’s Novel Newcomers is going to be three people! Yep! Three, assuming I don’t drop off the face of awakeness. Because I skipped straight past the last two weeks (life, yay), we’re going just a little off schedule. Just a little.

Speaking of which, I’ve been busy and tired enough to um… forget sending an interview two weeks from now. -_-

Back to the topic on hand (after I feel guilty and sorry for being a slacking blogger of productivity).

Today’s Novel Newcomer is Annie from I Live and Breathe Words (methinks this is a very fitting blog name). We’re calling all the TV lover bookworms because Annie is here today with bookish recommendations for the TV lovers!

Do you like reading? (Of course, you do, why else would you be here?) Do you like TV shows? Have you ever wanted to read a book similar to your favorite TV show? Well, now you can with this list of TV shows and a book that is similar to those shows.

Then you will enjoy NOT YOUR SIDEKICK by C.B. Lee.

Not Your Sidekick follows Jessica Tran as she navigates high school, an internship, her crush on a girl named Abby, and living without superpowers in a world full of superheroes. Her internship for the local supervillain not only gets her closer to her crush but leads to her finding out about the reality behind the heroes and villains.

This book is fun and a quick read while also having a complex plot and three-dimensional characters. The book also has more diversity than the average superhero show. The main character, Jessica, or Jess as her friends and the readers know her, is a bisexual Chinese-Vietnamese American girl. One of her best friends, Bells, is a trans guy.

If you enjoy a good superhero story but have been looking for one with more diversity, especially in its main characters, then Not Your Sidekick is the book for you.

Do you like shows with supernatural characters such as THE VAMPIRE DIARIES and SUPERNATURAL?

Then you will enjoy LABYRINTH LOST by Zoraida Cordova.

This book follows Alex, born into a family of brujas (like witches but even cooler) and late to get her powers. When she does get her powers, she attempts to get rid of them with a spell and accidentally banishes her family to the world of Los Lagos. She goes to rescue them with the help of Nova, a brujo boy, and Rishi, her human best friend who follows her to Los Lagos.

The main character Alex is a bisexual Latinx American character. Nova is also a Latinx character. Rishi is a gay Indian (I believe) character. I don’t want to give too much away but this book features mf and ff romances. Make of that what you will and read this book.

If you love a good supernatural story but have been looking for one with more diversity, Labyrinth Lost is the book for you.

Do you like fantasy shows with a side of political intrigue such as MERLIN and GAME OF THRONES?

Then you will enjoy THE DIPLOMAT by Sophia French.

Now, I will say that this book is not super heavy on the magical/fantasy elements and is more focused on the political side of things but it is no less enjoyable for doing so.

This book is a super fun, exciting read. It follows a diplomat named Rema who goes to the kingdom of Danosha to negotiate the terms of the Danoshan princess Elise marrying the emperor she works for. However, things get complicated when she falls in love with Elise. The relationship between the characters develops beautifully and makes sense for both characters. The world building in The Diplomat is also amazing and the reader gets to really know and understand what life is like both in Elise’s home of Danosha and Rema’s home of the Empire. The book also has a cast of well-written secondary characters that only add to the enjoyment of reading the story.

If you enjoy political fantasy novels, The Diplomat is definitely the book for you. (Though I’d recommend this book more for Game of Thrones fans, since there are sex scenes so if that isn’t your thing, maybe skip this one.)

Do you like realistic dramas such as GOSSIP GIRL?

Then you will enjoy BEHIND THE SCENES and UNDER THE LIGHTS by Dahlia Adler.

Under the Lights focuses more on Vanessa and Josh, who is a minor character in Behind the Scenes. In Under the Lights, Vanessa discovers her sexuality through becoming close to a woman named Brianna. Meanwhile, Josh deals with his personal life being put in the spotlight due to his mother forcing him to be on her reality show.

These two books have the drama that you might enjoy while not being too over the top. The characters are also all well developed and the plots are engaging. Under the Lights also features a main character figuring out their sexuality. Vanessa is also Korean American, and it is good to see an LGBT+ POC as a main character.

If you love stories with realistic drama, Behind the Scenes and Under the Lights are the books for you.

Those are all the recommendations I have for you today. I hope you enjoy these books if you decide to read them.

Have you read any books recently that remind you of your favorite shows? Are there other books that you would have put in this post? Let me know in the comments below. 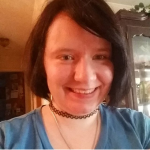 Annie @ I Live and Breathe Words

Annie is the blogger behind I Live and Breathe Words.

« Review: Imperfectly Criminal by Mary Frame (Meet the Funny Sidekick from Imperfect Chemistry)
Fate of Stars | Cover Reveal (THIS IS NOT A PRANK!!!) »