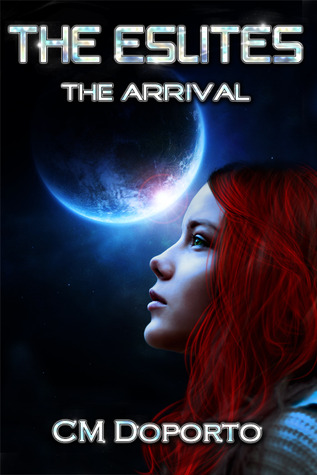 Can Miranda save the human race?

An elegant, sophisticated alien species on the verge of extinction has invaded Earth and confined an entire generation of young women, after negotiating a treaty with the world’s governments. Eager to help the aliens reproduce, but frightened by her imprisonment at Nidus, the Eslite medical compound, sixteen-year-old Miranda Mays endures callous scientific experiments in the Eslite’s quest for survival.

When Miranda discovers the ultimate consequences of her egg donations, she organizes a rebellion, enlisting fellow donors in her cause. But soon she realizes the mysterious headmaster, Dimas, knows of her plot. And there’s something about him that bothers Miranda, though she can’t describe it. The fate of humanity hangs in the balance, so she can’t back down. But will Dimas expose her defiance?

So… it’s been roughly a year since I read The Arrival’s prequel, well before the author actually made it into a series. I even mentioned that it had potential to be a good series, and here we are: it’s actually a series!!! I signed up ASAP when I saw it available to be reviewed on David Estes Fans and YA Book Lover’s R&R program, despite the fact I should probably be knocking out some books on a certain reading challenge. *coughs* 2014 TBR Pile Challenge *coughs*

Plus, I’m really surprised I actually read this really quickly, and I’m personally thinking it’s probably because I must be getting tired of not going to school or something. Or maybe my mind is still in devouring mode after reading The Forever Song and The Body In the Woods (review in June).

Either way, it’s a quick read, and the prequel is actually set after the prologue in The Arrival, but before Chapter 1. It’s set about 3 years after the events in the prequel, and Miranda and the other girls in Nidus are ready to break free from the compound because they discover the Eslites are there for different reasons entirely.

This is no sappy romance you usually find in other alien stories where the alien falls in love with the human while trying to get away from an enemy species that’s not by the name of human. This is pure “aliens are going to take over the world, and they’re a dominant species with high-tech technology.” It’s not like Lux or the Lorien Legacies, where the aliens are trying to be inconspicuous. The Arrival is completely different from that, even though there are romantic elements mixed in. Miranda is a determined heroine wanting to break both her and the girls currently in the compound away from the Eslites true reasons. And she’s preventing other girls meeting similar fates.

Then there are a few curve balls thrown at you, which is always the biggest plus in the bowl. And there’s the ending, in which I’m extremely curious about because it probably does some more table turning. Actually, that ending did do a table flip, so all I’m doing is blinking rapidly and wondering if that really just happened and the book is over. o_o

Oh, and a random thought, but Dimas really isn’t as bad as I thought he would be from the prequel.